A Sneak into the Beautiful Canvas of the City 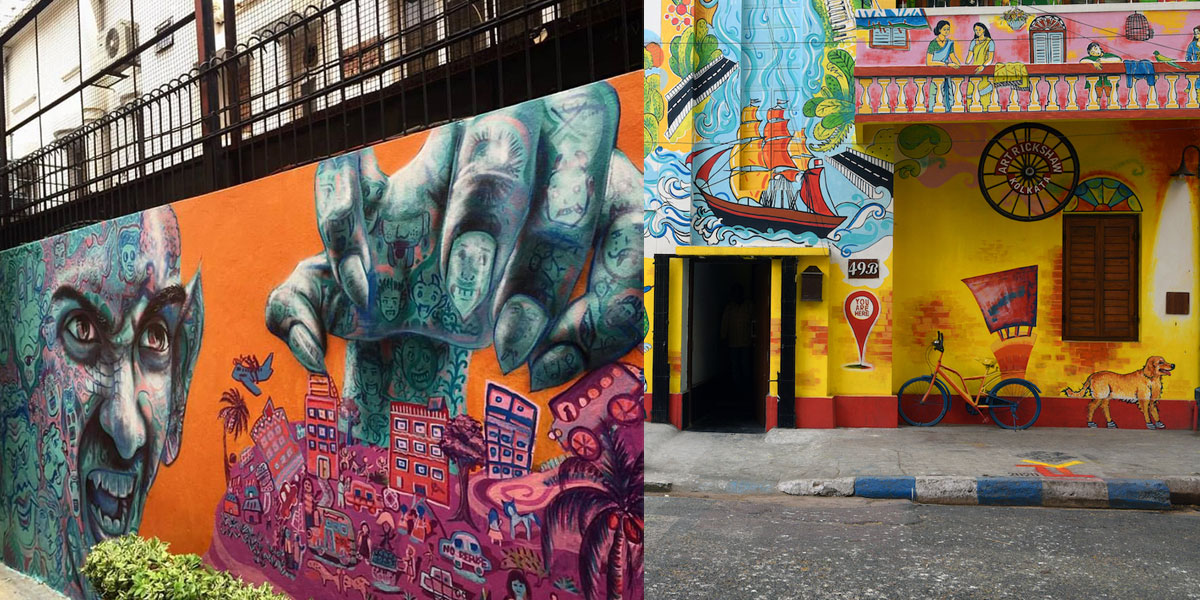 No doubt, graffiti is much more than a set of colors thrown together.

Every sign has a meaning every wall has a story to tell. Bright colors and abstract art have been a friend for a long time. Graffiti walls are always bliss for the eye. As if it is the food placed on a platter. This graffiti culture in Kolkata has a huge part in decorating the city of joy. If we are to talk about the graffiti walls/ wall art birthplace it initially started in countries like the USA, Canada, United Kingdom. Back in 1965, Darryl “Cornbread” McCray, now widely considered the world’s first modern graffiti artist, was the first-ever ‘troublemaker’ who was just a 12-year-old who started this artform at  Philadelphia’s Youth Development Center. 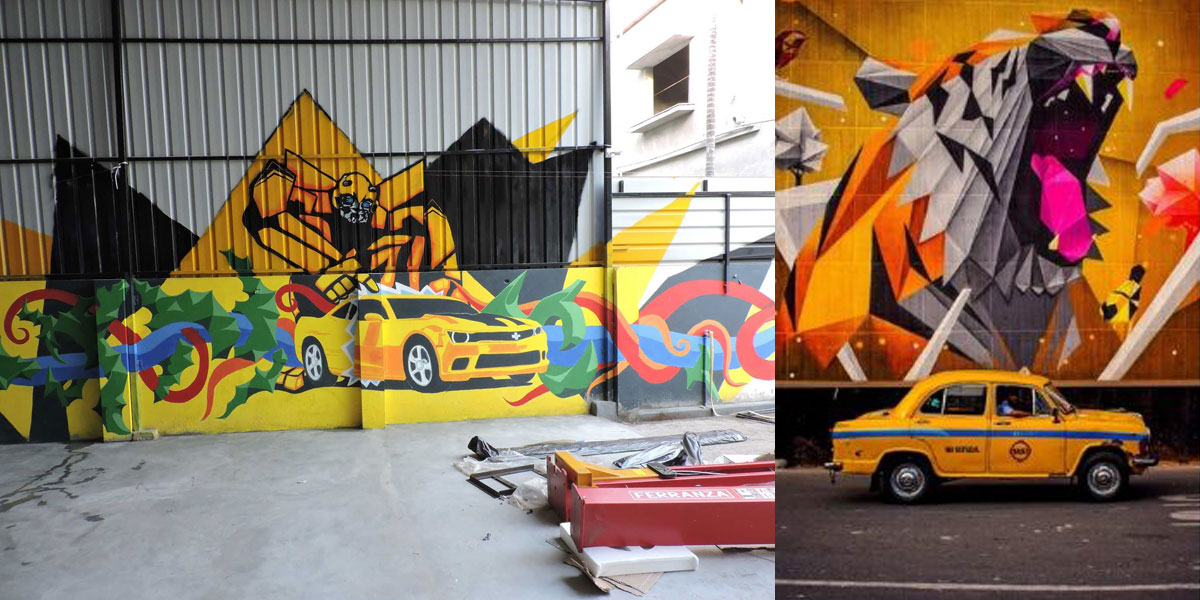 However, graffiti has a long, continuous history and connection with the U.S. This wall art was therefore primarily an anti-establishment act and it was even regarded as vandalism in the western countries. But things changed and with each passing year, the once called ‘underground’ art and the anti established movement gained huge popularity in mainstream art. 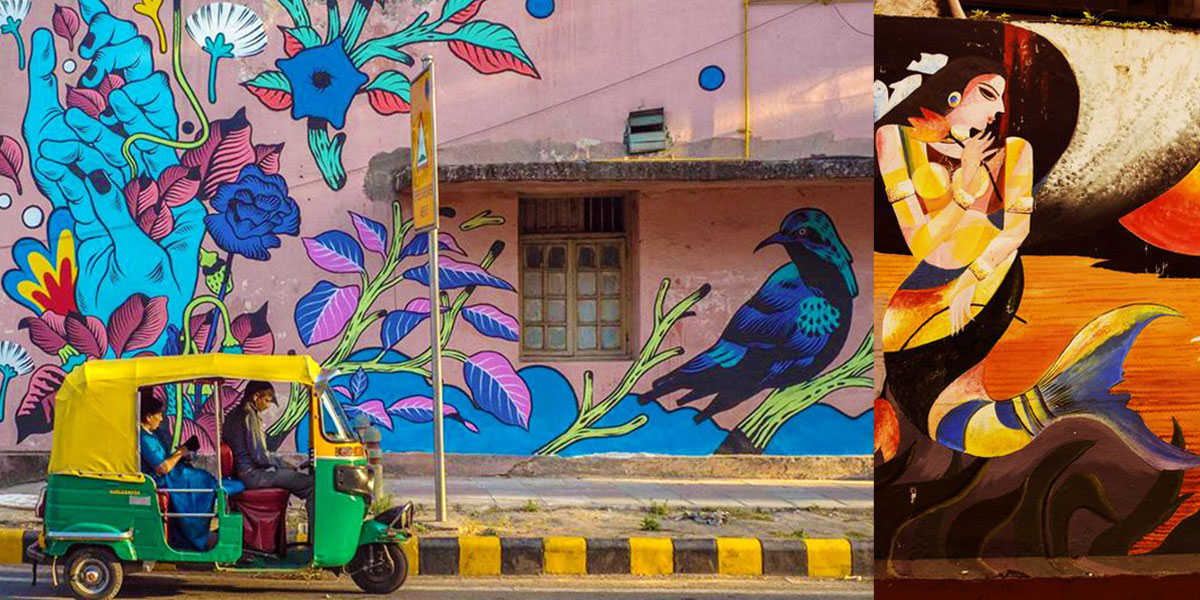 Speaking about Kolkata, over the past few years, the city walls have been graced by street art crews. It’s their initiative and determination to revolutionize the city’s dreary walls and to reclaim it from political graffiti. Groups such as Zypher and K-Krew, as well as independent artists such as SNIK, are among the most popular artists who all are creating the right kind of buzz in the city. Be it golf green, Brahmapur, Behala, Park Street and many more will grab your attention. Colorful doodles, the current scenario of the economy, popular culture references, and socio-political commentary are among the major themes covered by most of these pieces. 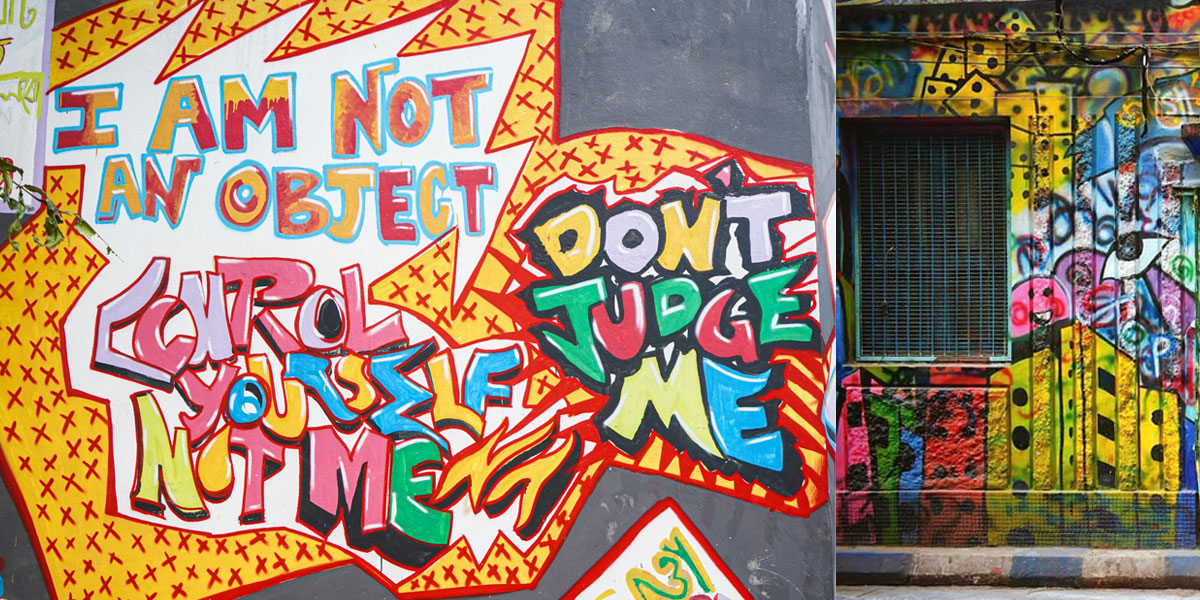 The city which loves art and culture for ages welcomed graffiti culture with wide arms. As if Graffiti is the 5th pillar of society! Be it near Babu Ghat, AJC Bose road flyover those walls speak those unspoken messages which are kept hidden for more than a decade. Kolkata was introduced to Graffiti art in the late ’90s. Larger-than-life ceramic murals and paintings can be seen on the exterior of the city’s busiest metro station and finally, we can say ‘ Stick no bills but graffiti art is more than welcome’.