A young director and his movie ‘Ong Bong Chong’

Although the title of the movie had a different name but later with the toss and turned things finally struck with ‘Ong Bong Chong’.

What do you say to the director who is very much inclined to bring back his childhood memories and pay tribute to one of the most iconic characters of the legendary Satyajit Ray?! Well, we found one such director. Meet Raktim Mukherjee, the young director whose work will mesmerize you. In his short film ‘Ong Bong Chong’ I will bring back the ghost king of ‘Bhooter Raja Dilo Bor’. The poster which was created for his short film is worth the wait.

Young director Raktim in a recent conversation with Oh Kolkata said that ‘Bringing back the ghost king was challenging. The short film deal with the current scenario and the ghost king. The dilemma between the protagonist of the film and the Ghost King along with the current scenario of the century. Bringing all these elements was not only tough but it was challenging at the same time.’ The director even added, ‘The master Satyajit Ray’s famous ghost king which was created in the film at times was questionable. But as they say, where is a will there has to be some way.’ 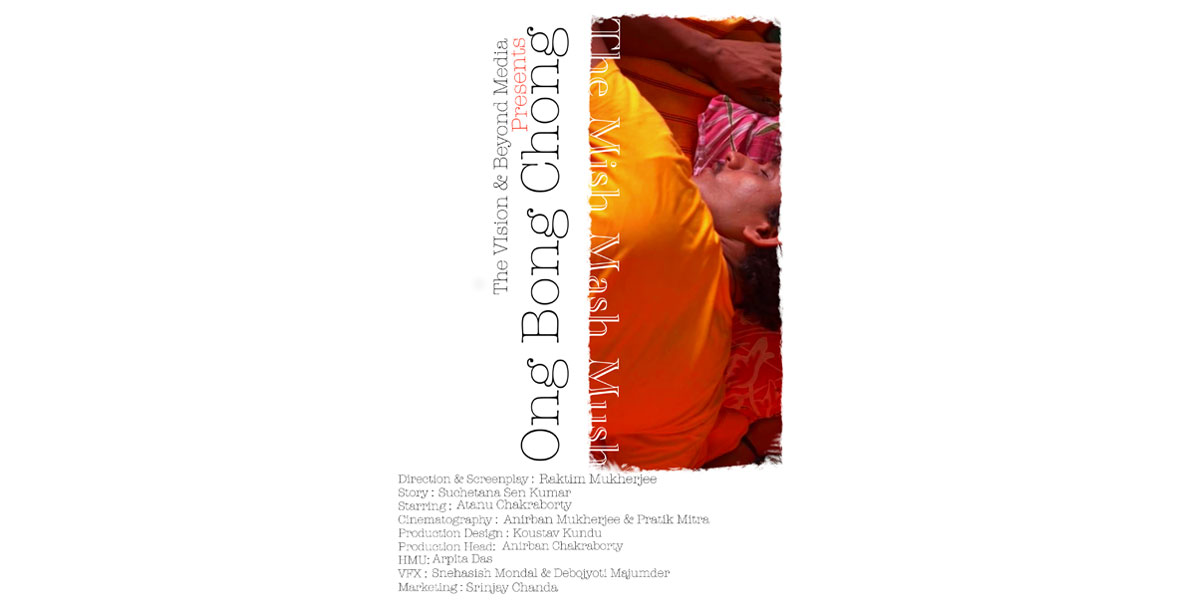 ‘Gupi Gayen Bagha Bayen’- a film that completed 52 years in 2021. Although the title of the movie had a different name but later with the toss and turned things finally struck with ‘Ong Bong Chong’. ‘Gupi Gayen Bagha Bayen’ has a special place in everyone’s heart. A film that had Ray donning multiple hats- as choreographer, music composer, writer, playback singer, and director. The young director wanted to pay a tribute to the director and the iconic Ghost king. The storyline of ‘Ong Bong Chong’ does depict an interesting storyline. The film will release on 3rd June in Pocket Films. He even received an invitation to submit the film to Stone Flower Youth Film Festival, Russia. We, the Oh Kolkata wish him a beat for this future endeavors and his recent film ‘Ong Bong Chong’.