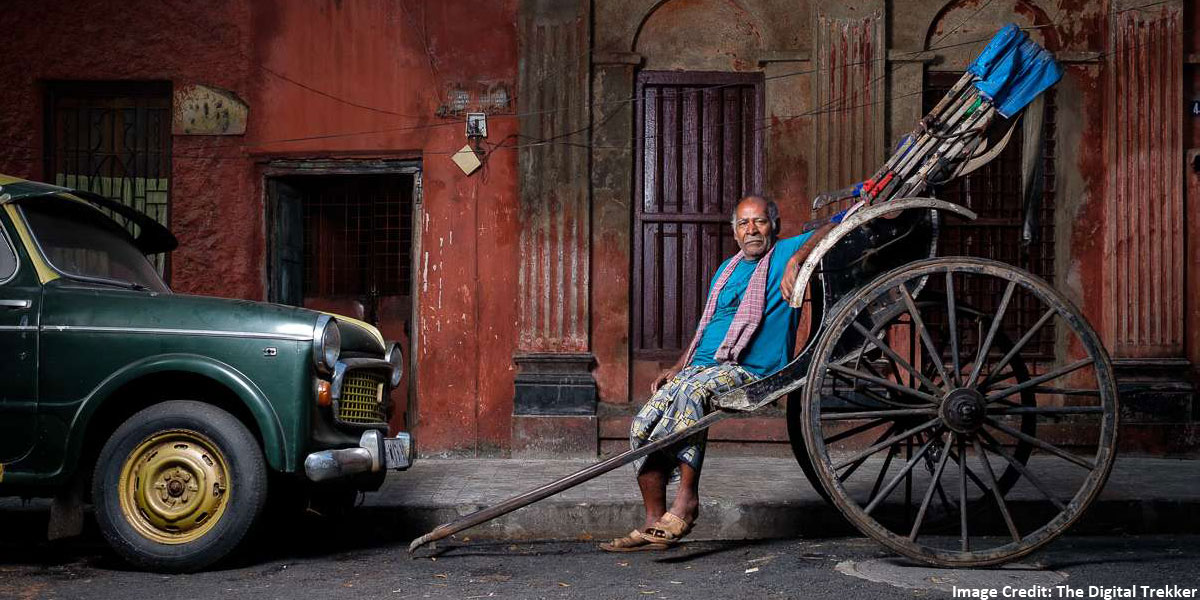 In the narrow streets of North Kolkata, the old Kolkata houses with red- oxide floors, drowsy green-shuttered windows, and the iron grills left by the British stand on one side of the road. Except for a few ‘tana’ (hand-pulled) rickshaws run by old but daring men, the streets are all empty. These hand-pulled rickshaws are collecting passengers to and from Burrabazar or New Market areas. These rickshaws provide relief in the lanes and streets of the old part of the city which is impermeable to taxis, cars, and autos due to stagnant water in the middle of the monsoon. 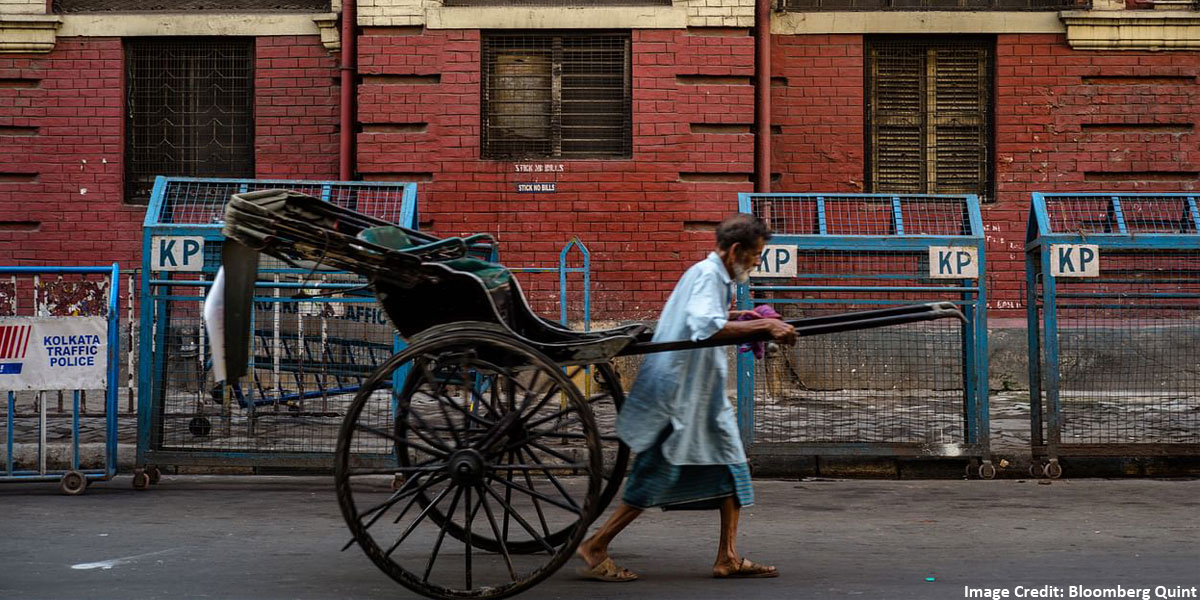 Tram, tea, hand-pulled rickshaws, and Gothic architecture are some of the legacies that the British have left behind. These hand-pulled rickshaws are light-weight, wooden rickshaws pulled by men of slim and muscular body frame, wrapped in loincloth from the waist area till knee joint. The rickshaw stands as a socioeconomic status to the modern infrastructure of skyscrapers and flyovers. It has been over 130 years since it has been running on the streets of Kolkata. 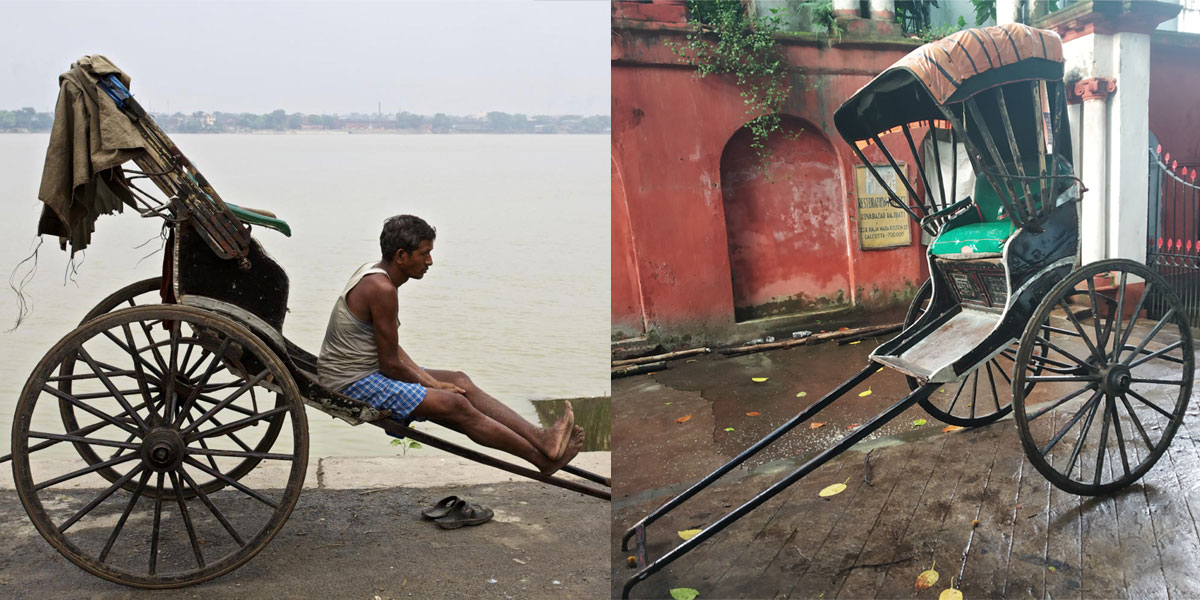 This model of the rickshaw was inspired by Japan, where it was drawn up around the 1870s. They truly depict the existential crisis that defines the city. It is very regretful to watch people having simpering nostalgia over fate or life, these hand-pulled rickshaw wallahs became a fortune victim of a heritage that feeds our pride.