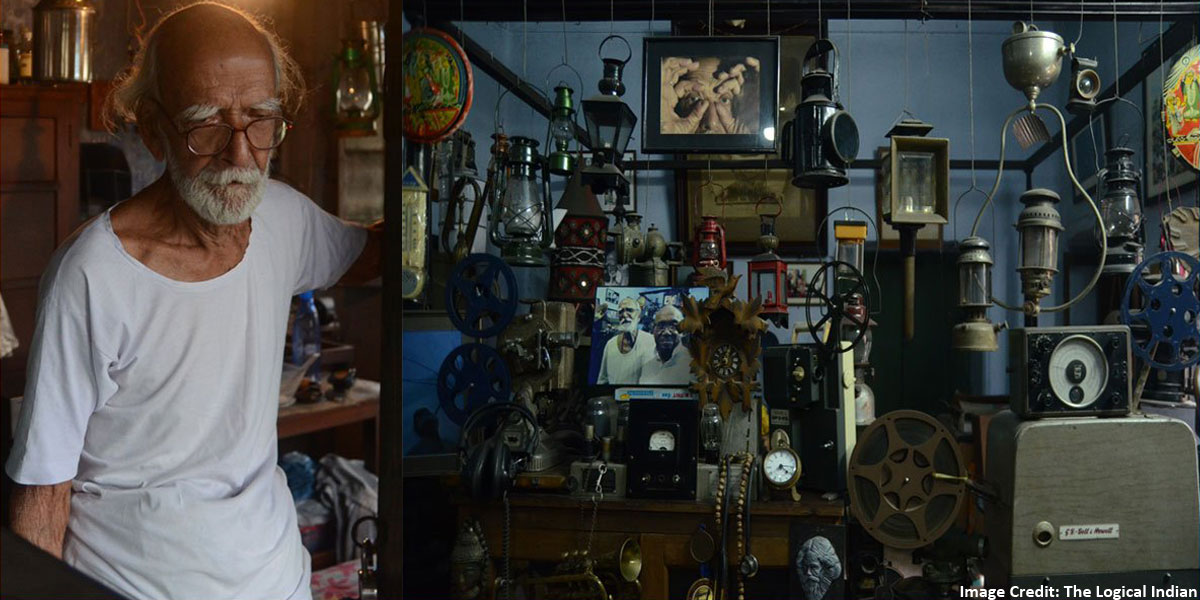 There are so many old things in this city which we generally skip. We will speak about a nonagenarian residing at North Calcutta (now Kolkata). Meet Sushil Kumar Chatterjee popularly known as Nokku Babu. His collection will not only startle you, but those items stored at his house will insist you be a ‘mini explorer’. 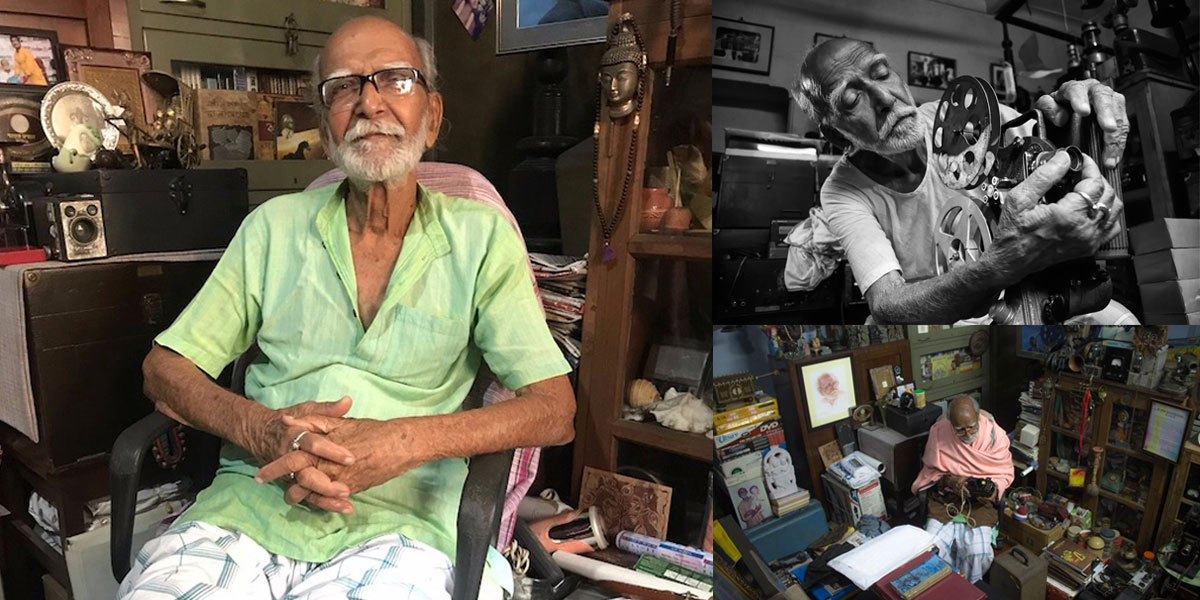 Who is Noku Babu?

A science graduate from Vidyasagar College is a collector of various items from simple lanterns to musical instruments roughly from 1880 to 1960. Noku Babu started collecting different types of leaves, butterflies, and other items when he was just 8 or 9 years old. It is even expected that there is an accordion possibly made in Poland in 1885. All his prized possessions are kept in a room on the first floor of a dilapidated house at Shyam Mitra Lane in North Kolkata. it is to be believed that Noku babu named his room Atiter Ashray or “Shelter of the past”. Noku Babu left collecting in the year 1980. The man has 3000 record players, 50 lanterns, 6 projectors, and many more which are irreplaceable. 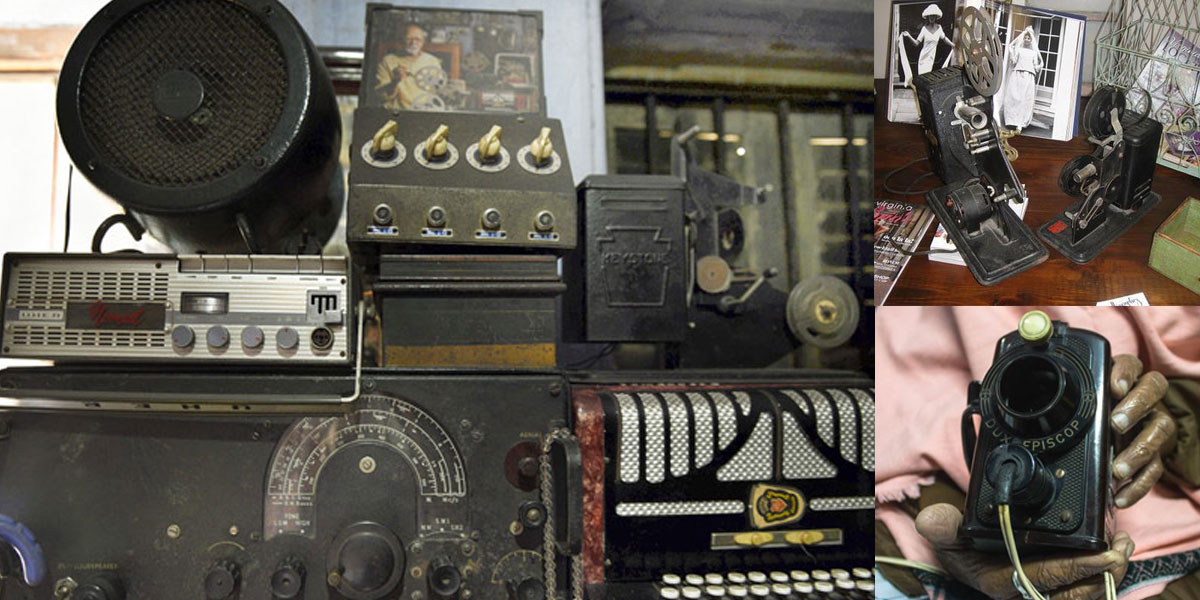 Items which are priceless: (these are not even enough)

Lantern: One of the famous Petromax Hazak lamps is quite unique. According to Noku Babu, this type of Hazak lamp was used to lighten up the famous Dakshineswar Temple in the early ’30s of the late century.

A Gramophone Record Player: The one of kind Gramophone and Headphone which was used in 1945 after World War II and many more.